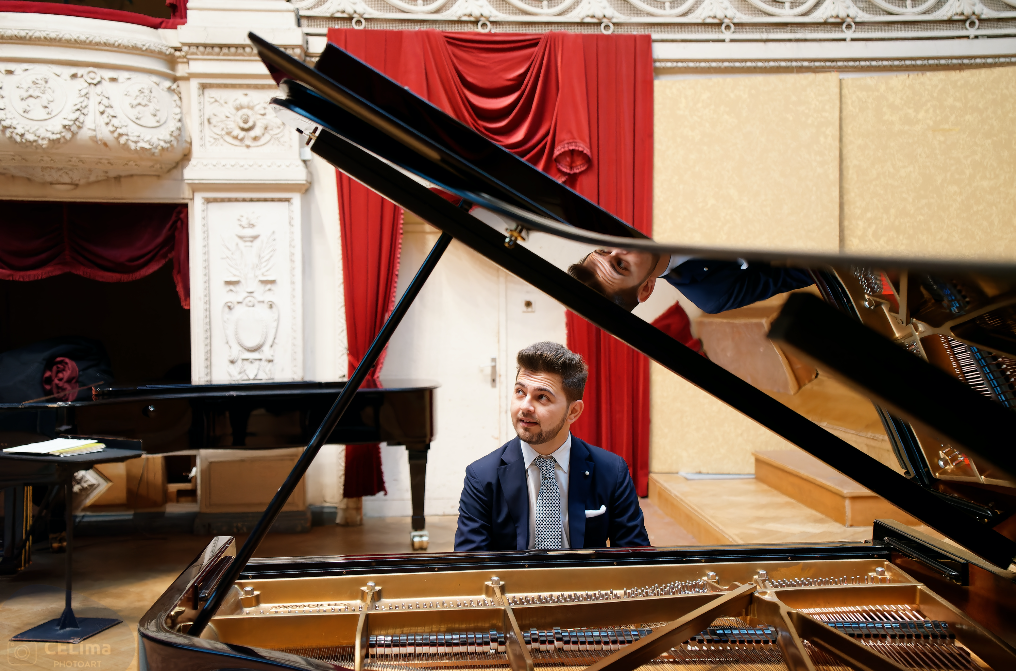 Born in Romania, in 1992, the pianist Silviu Valentin Dumitrache grew up in a music lovers family. From the age of 3 years old he is fascinated by the arias of Puccini and Verdi, that his parents were listening at home, sung by Pavarotti. One year later he receives a small piano and he starts playing from memory, by himself, the music from commercials he could hear at the television.

In 2013, his encounter with the pianist and professor Gabriel Teclu allows him to enter in the class of the well-known pianist and teacher Johann Schmidt, at the Conservatoire Royal de Bruxelles, where he finishes his master degree with “Grand Distinction”. In 2014 he wins the 1 st prize in the Liege Piano Competition, in 2015 he becomes finalist in the Bluthner Competition where he gets remarked by Jacques Rouvier.

In June 2016 Silviu Dumitrache plays the Grieg piano concerto with the Liege Philharmonic in the final round of the competition Classic Academy.

2017, laureate of the “Concertos Competition”, with the concerto number 2 by S.Rachmaninoff, organized by the Brussels Royal Conservatory, prize that offered a solo piano recital in Rome at the Belgian Cultural Center (Academia Belgica).

During the academic year 2018 – 2019 he is appointed as university assistant at the Brussels Royal Conservatory at the class of Prof. Johan Schmidt.